An urban hotel with rural values
The key to the future is knowing where you’re from.

Our roots and what we care about

The duckling becomes a swan

Originally, in the early 17th century, the Heffterhof was a farmhouse. It has since been developed into a hotel via a thorough programme of extensions, rebuilding and structural additions. In 2016, under the new management of Cornelia M. Kogler, the facility was fundamentally structurally improved, redesigned and refitted to comply with 4-star hotel standards. The emphasis on preserving traditions and customs remains – in harmonious co-existence with an openness for new approaches, the benefits of modernity and, most importantly, the careful use of resources. 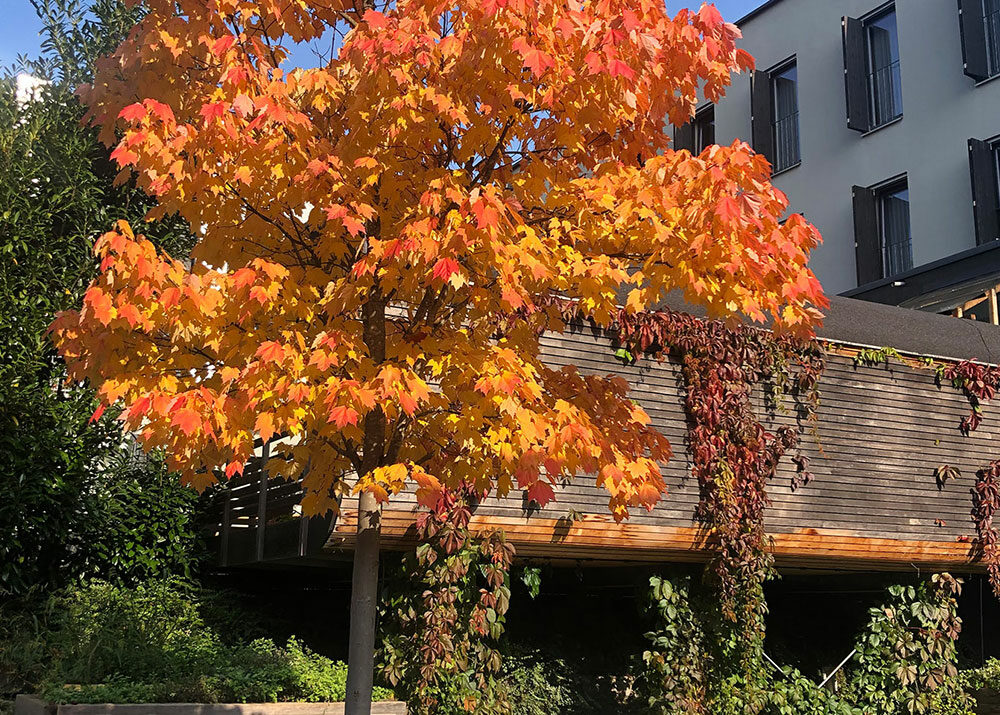 Our task is to establish our philosophy on a long-term basis by impressing people with the quality we offer, and turning them into friends with a special level of service, our genuine warmth, ecologically sustainable practices and healthy cuisine.

The ways we think, act and interact with each other, and our guests, are guided by the following values. They apply to everyone at the Heffterhof and form our SPIRIT:

Enhance your strengths! We’re never completely satisfied with the status quo. We’re always working to improve our infrastructure and services for the pleasure of our guests. The only way to go places others have not yet been, is to explore new approaches, and to do what you do well – even better.

The personality of the Heffterhof makes all the difference. Personality is a central factor in achieving success. Everything we do, is done because we’re convinced it’s right. It’s our task to make a distinctive personal impression on all our guests, so they leave with a smile and return eagerly.

Dynamism, curiosity and stamina are part of our corporate DNA. We are excited and strongly motivated in the face of new challenges. Each solution enhances our quality and ability to perform. Development takes place outside the comfort zone. We have the courage to stand up to every challenge. Indeed, every day we raise our own expectations and performance standards. Ambition allows us to overcome the obstacles in our way, our experience is vast and our resolve unbending!

We prefer to take a second look at matters before prejudging or reaching hasty conclusions. Everyone deserves a second chance! It’s our duty to ensure every colleague feels well working here. After all, both colleagues and guests can have bad days – so, whether talking to guests or fellow team members, it’s up to us to ensure we give them the feeling everything’s OK and make sure they feel treated respectfully. On bad days, it’s not about us, so there’s no need to take things personally. We have to handle conflicts objectively. When we set a positive example, others enjoy the benefits of the Heffterhof spirit.

Lots of great ideas have been initiated at the Heffterhof. ‘Standard’ doesn’t do it for us, because we want to add value for customers, suppliers, colleagues and owners every day – to ensure continual improvement in the future. The Heffterhof is a ‘best practice’ operation in terms of environmental sustainability, regionality and responsible use of internal and external resources. We are proud to take on this ‘lighthouse’ function on behalf of our owners. Our close relationship with the agricultural sector allows us to show the many ways cooperation can be achieved between local farmers, growers and tourism. We care – and that’s something our guests can see and feel!

Our team is like a family: One for all and all for one! No-one is left behind. Team members are expected to show each other mutual appreciation and respect. Every member of the Heffterhof team is a key part of the whole, and we can only achieve our goals by working together.

Send your event inquiry to the Heffterhof seminar and meeting hotel in Salzburg, today! Our team would be happy to compile a precisely-tailored offer. We look forward to welcoming you to the beautiful city of Salzburg in the near future!